I own no land, instead I have wheelestate. I’ve been a full time RVer since 1997. Working summers as a Park Ranger takes me to many beautiful places and playing during the winter takes me to many more. This blog is simply the story of my life's adventures.

Thank you for stopping by. Just to let you know, I'm still blogging but have moved to Geogypsytraveler. Hope you'll follow my adventures. Just click here.

Bright Angel of the Grand Canyon 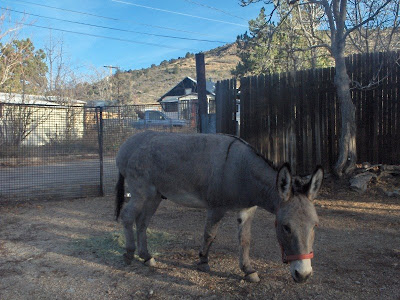 The rescue of Chili the burro this week (scroll down) really brought to mind the story of a famous burro in Arizona’s history. Named after the canyon he wintered in, this friendly little burro was made famous by Marguerite Henry’s Brighty of the Grand Canyon first published in 1953. 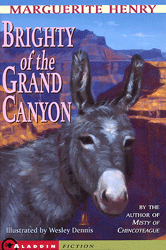 Brighty was brought to Grand Canyon during the 1870’s gold rush along with other burros by prospectors to haul their dreamed of mother lode. They found mostly copper, zinc, lead and asbestos, though not enough to strike it rich. Eventually prospectors abandoned the canyon, and many burros as well. 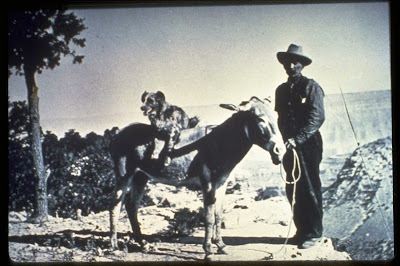 Brighty was not wild, yet not entirely tame either. A true free spirit, he survived winters in the canyon and spent summers on the Kaibab plateau. Brighty chose his friends carefully and sometimes agreed to carry a load in exchange for pancakes. 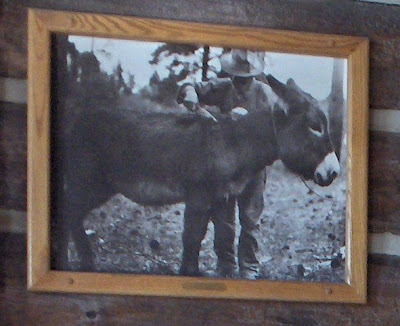 When “Uncle Jim” Owens came to the north rim of Grand Canyon in 1906 to work as a game warden for the Forest Service he befriended Brighty. In 1917, Elizabeth McKee, along with husband Thomas and son Robert, set up the first tourist facilities on the north rim and Brighty frequently helped Robert haul water. Bright Angel of the Grand Canyon has been immortalized by a life-size bronze sculpture located in the Sun Room of the Grand Lodge. Stop by and rub his nose for good luck. 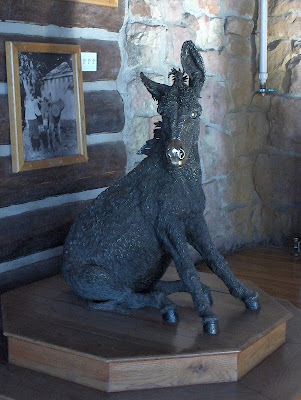 I highly recommend reading Henry’s book, it’s not just for children. And of course visit Grand Canyon National Park. However, the road into the North Rim officially closed on December 1st, so you’ll have to enjoy the South Rim, which is open all year, until about mid-May when the North Rim should reopen. Hope to see you there.

Oh yea, this cement burro lives in my yard. 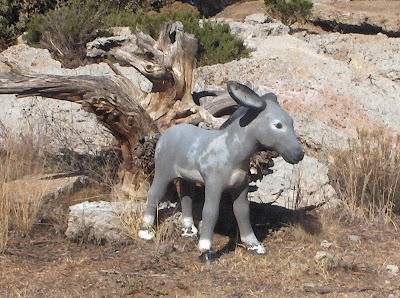 For a split second in cyberspace my blog and yours were 'next door' to each other - I clicked on 'next blog' at the top of mine and yours popped up - and how fabulous your lifestyle is - I love Carson and think you are very lucky to be so free as to live the way you do... it takes an initial burst of courage I guess - but once you're away... you're away.... lucky you.
Dominique

I love that picture of you taken by George.

I have fallen in love with that critter! Great story. Thanks.

I love your photos. I really enjoyed your My world post.
These topazes aren't mine. The photo is from google. I only have one blue topaz.

I enjoyed that story. Thanks for sharing it. And I love that little burro in the last picture. Too cute. :-)

Nice story, great post. I probably will never make it back to the Grand Canyon.

Great photos and stories and what a great life you have!

Maybe I'll run into you near the Grand Canyon some day. I have this crazy idea that I want to hike the Bright Angel Trail to Phanton Ranch around my 60th birthdeay (a few years from now).

Gaelyn, I am so glad you have "Link Within" and I was able to find this post! It is awesome! I so want to come and see Brighty for myself! Love that story! I love Brighty! (Oh, and I would like to meet you also!)

Hello, I am the daughter of Bobby McKee and I replaced the display at the North Rim about 3 years ago. Dad's head was cut off in the earlier picture and I was able solve that problem. While we were growing up, our dad never took us to the North Rim, only the South Rim. He finally visited there with my mom in about 1989 and we now have a picture of him sitting next to the display. We also have all the original pictures taken of life at the canyon's North Rim. Dad's ten years there with his family had a great impact on him, as he was THE one responsible for procuring water for the needs of the camp in the early years at age 7. Brighty came along when dad was 8, and for the next 3 years, life was easier for dad. Brighty was replaced by a model T truck and a newly found spring near Jim Owen's place, now Widforss Meadow. Everyone enjoyed Brighty for three summers. He then had one summer of leisure before his terrible death in the snow at the V.T. Ranch House. Thanks for your interest, Martha (McKee) Krueger, marthalynn@hotmail.com

The Brighty bronze was a gift to the Park from Stephen Booth, the films Producer and my father, in thanks for their cooperation in the making of "Brighty of the Grand Canyon". He read the story to us as kids and we loved it so he decided it would make a great film. I enjoyed your site, nice work!

Gaelyn
I’ve been a full time RVer since 1997 exploring the US. Work summers as a Park Ranger at the Grand Canyon. Currently post at geogypsytraveler.com I'm capturing the present for future memories of the past. Life is too short to waste so live every moment in the Now.

The photos may not be all perfect & right.
But they're mine, so I claim copyright.

For an incredible journey of the world check this out

For more skies from around the world

A great way to meet people all over the world as a host or a guest.

Light in the Soul Award

Thanks to Sarah from Britgalusa